Summaries of a Number of Proposed Missions 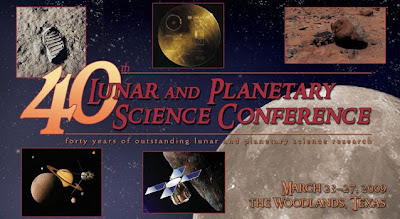 Ted Stryk has a guest blog at the Planetary Society's web page summarizing the talks given on future mission concepts at the Lunar and Planetary Science Conference. These are the same missions that I summarized from their abstracts a month and a half ago.

Ted's summary is well worth reading, even after learning that a favorite mission of mine for the next New Frontiers mission, Cerberus, a Mars geophysical mission, has been cut from consideration. It appears that JPL is holding its own internal competition among New Frontiers concepts. A $650M contract is big business, and my guess is that JPL will put its efforts into creating the best possible proposals for what it considers to be the best one or two candidates. I've heard that the Kevin Baines' Venus balloon mission also was cut in the internal competition.

Stryk's summaries from the LPSC presentations

My summaries from the abstracts