Casey Dreier • July 28, 2017
The proposed $19.5 billion would be less than the agency received in 2017, and substantially less than that proposed by the House for the coming year.

China’s quest to become a space science superpower
With major spaceflight milestones behind it, China is working to build an international reputation for space science. 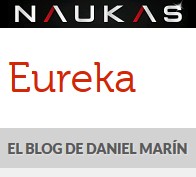 Daniel Marín publishes in Spanish, but Google Translate (and presumably other translators) do a good job of translating into English.

Destiny Plus, a Japanese probe to study the asteroid Phaeton

DART, the NASA probe that will hit a nearby asteroid

New Approach for the Blog

When I started this blog almost a decade ago, there wasn't another site that regularly focused on future planetary exploration.  That has since changed, especially with regular postings by Jason Davis at the Planetary Society.  At the same time, since I have become a professor, my time is more constrained.

With these changes, I plan to make changes to this blog.  First, I will do a weekly posting with links to good articles and blog posts on issues relevant to future planetary exploration.  I intend for this to be similar to the excellent Ed's Up weekly collection of excellent news writing (you can subscribe at https://tinyletter.com/edyong209), except that I will post mine here rather than it being an email newsletter.

I also plan to continue to write in-depth analyses about once a month (see the previous post on missions to Uranus and Neptune as an example).  Right now, I'm working on a story about what we know about the missions proposed for the current New Frontiers competition.  There's good information available on about half of them.

In the weekly updates, I may also write short updates of my own.  This week, easily the biggest news is the cancellation of Space X's Red Dragon lander.  The company make many claims about this lander (see, for example, here and here).  I'm not surprised to see it cancelled.  Developing a spacecraft that can land on rockets reliably is hard.  NASA, which ultimately funds the development through its contracts with Space X, was skeptical about using this system to land astronauts.  Without the terrestrial version, there isn't a Martian version.  I recommend Eric Berger's story linked below for more background.

The first full summary of stories published on future planetary exploration will come next week.  In the meantime, here's a link to three good stories from the past week.

Jason Davis • July 19, 2017
The House of Representatives proposed $2.1 billion for NASA's planetary science budget, which would be an all-time high. Part of the increase would be used to start work on a new reconnaissance and communications orbiter.


Back to Mercury! Europe and Japan's BepiColombo mission moves closer to launch

Jason Davis • July 14, 2017
Next year, a pair of probes head to Mercury to answer outstanding questions about our innermost planet, as well as the formation of the solar system.