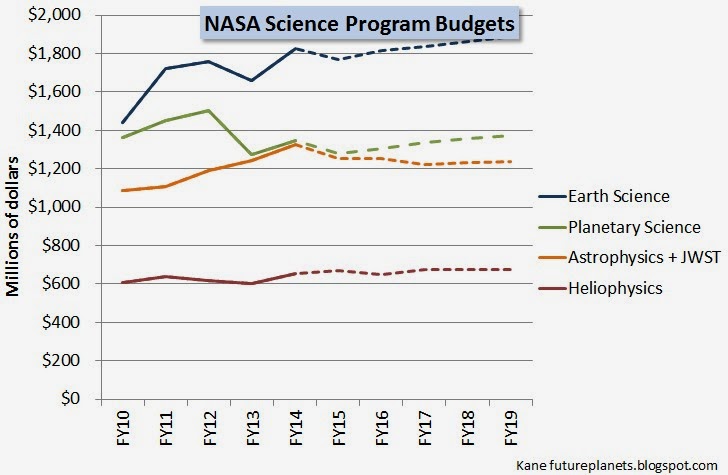 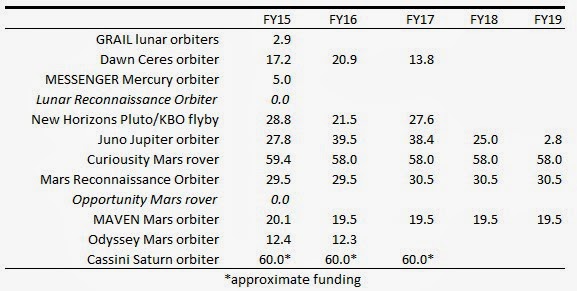 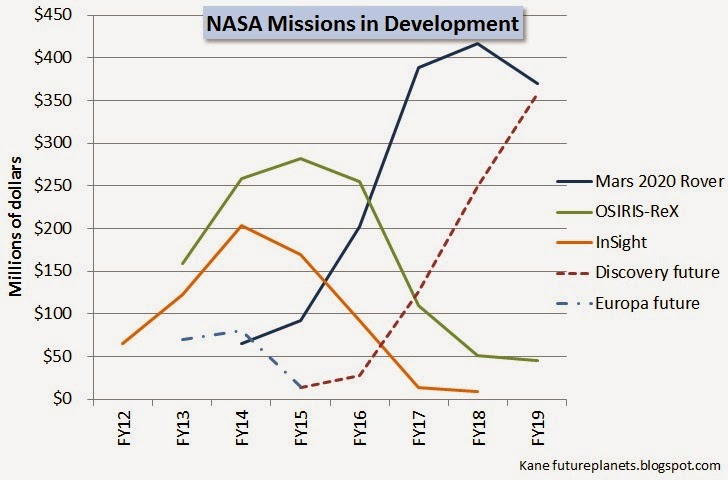 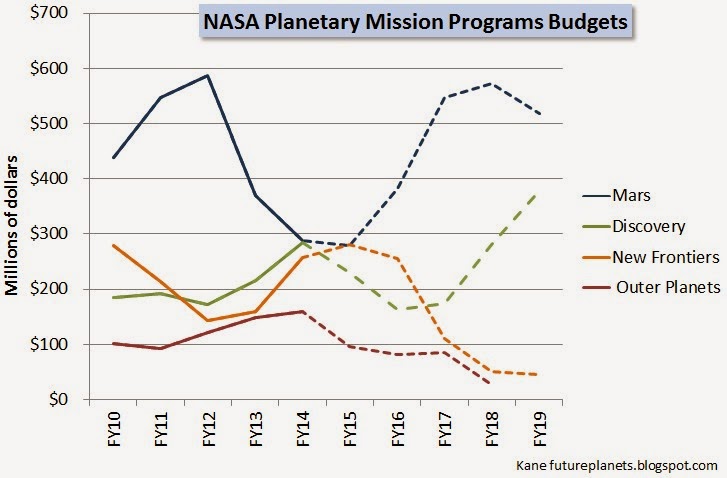 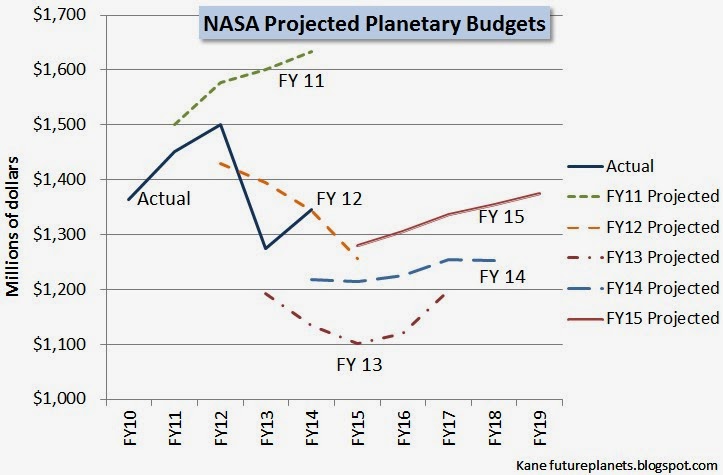 The proposed FY15 budget is the first in several years that doesn’t propose substantial cuts in future years compared to the previous year’s budget.  Lines for each fiscal year show what spending was expected in that budget for the next five years.
10 comments: