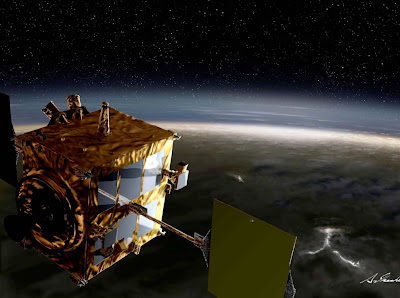 The last two VEXAG meetings (in May 2008 and February 2009) had status updates for the upcoming 2010 Japanese Venus orbiter, otherwise known as Planet-C. This mission will focus on atmospheric studies, with some measurements of the surface through atmospheric spectral windows. The missions goals (from the 2008 presentation) will be to:

- Other atmospheric studies relating to lightning and cloud physics 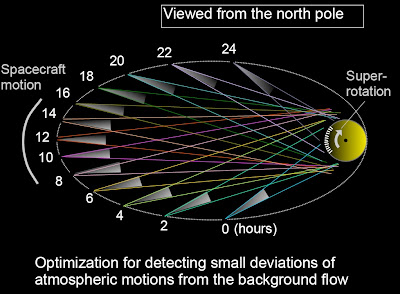 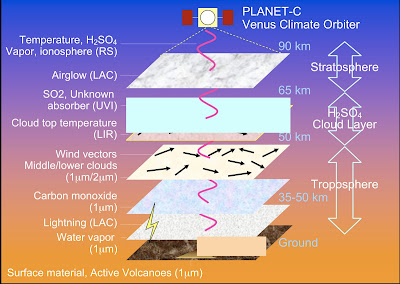 Planet-C's five cameras will be optimized to probe phenomenon at different levels of the atmosphere and on the surface.
The Japanese mission will overlap with the expected extension of Europe's Venus Express mission. That "spacecraft is in a good health [sic] and very productive, but shows some signs of ageing." It appears from the ESA update at the VEXAG meeting that the limiting resource (barring catastrophic failure) will be the fuel supply, which is expected to last well into 2013. The overlap of the Japanese and ESA missions will allow simultaneous measurements at Venus from different orbits and from different suites of instruments.