Will the Sequester Take an Outsized Bite from Planetary Science at NASA?

You can read Casey's original post at the Planetary Society's blog here.


Will the Sequester Take an Outsized Bite from Planetary Science at NASA? 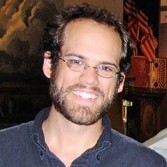 Posted By Casey Dreier with the Planetary Society
Some troubling reports from SpaceNews, reporting that despite a $223 million boost from Congress, NASA's Planetary Science Division may not be allowed to use that money so the agency can prevent cuts in other programs.
From the (paywalled) article:

NASA's Planetary Science Division, which Congress favored with a $200 million increase in the Full-Year Continuing Appropriations Act of 2013 (H.R. 933) that President Barack Obama signed into law March 26, is expected to lose most if not all of that money as sequestration siphons some $900 million off the agency’s enacted $17.5 billion top line.
In order to protect higher-priority programs...NASA will be cutting lower-priority programs, including planetary science, by more than 5 percent.

The article goes on to say that no one knows how much money Planetary Science will have (or not have) until the Agency's operating plan is submitted to Congress next month. Remember, this is the 2013 budget that passed Congress two weeks ago, not the 2014 proposal that will come out next week.
Obviously, this is hugely troubling news if this comes to pass. We're following this extremely closely. Congress made a strong statement of support for Planetary Science by rejecting the proposed cut this year. For NASA to "reprogram" that money out to other priorities would be heartbreaking.

Editorial Thoughts (by Van): I also read this Space News article.  If this story is correct, and the information comes from a presentation by NASA's James Green who is the head of NASA's Planetary Science program, this could be a way for the administration (the President's Office of Management and Budget and NASA's higher management levels) to undo Congress' allocation of additional funds to the Planetary Science budget.  (See this post by Casey.)

(In the United States, the President proposes budgets, but the Congress establishes final amounts (with the approval of the President since he must sign the spending bills).  However, the language of the sequester allows the administration to reprogram money among accounts with NASA (and other agencies) to preserve priority programs.)

Most of the funds in the Planetary Science budget are required for missions that are already flying or that are in development (the Mars Maven orbiter, the New Frontiers OSIRIS REx asteroid sample return mission, and the Discover Mars Insight geophysical station.)  Congress provided additional funds to the Discovery program ($425-$500M missions), which could allow the next mission selection to start in 2014 instead of 2015 (launch would occur about five years later).  Congress also provided additional funds to the Outer Planets budget specifically to begin serious definition work on an Europa mission.

It is the Outer Planets funding that I suspect is most at risk.  Pulling in the next Discovery mission has relatively small impacts on future budgets since the mission would eventually be selected anyway.  The Europa mission would eventually require approximately an additional ~$2B in future funding above what the administration has planned in its NASA budgets.  Cutting a program that the administration isn't planning to do would be an easy path for it to take.  (But, obviously, not one I would support.) 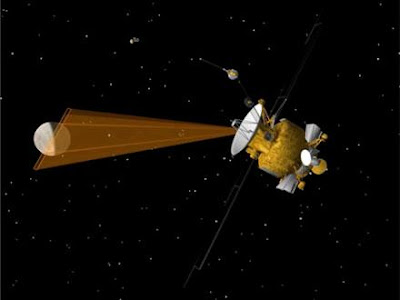