In an expected move, NASA approved the extension of the Cassini mission for another ten years into 2017.  Called the Solstice Mission (previously referred to as the XXM mission), this extension would be an exciting new mission in its own right: 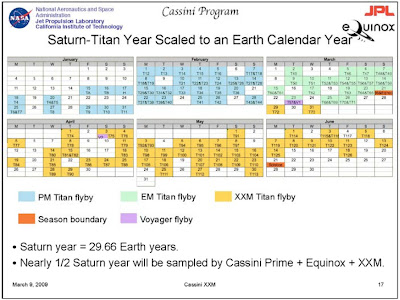 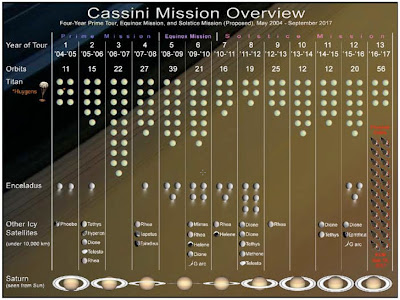 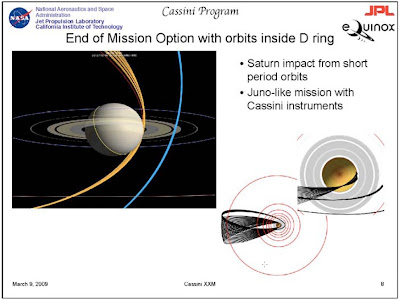 All slides from  http://www.lpi.usra.edu/opag/march09/presentations/pappalardo.pdf
Resources:

Presentation on Solstice Mission goals and mechanics This presentation is loaded with details on the Solstice mission.

Email ThisBlogThis!Share to TwitterShare to FacebookShare to Pinterest
Labels: Cassini