Europe Bypasses the Solar System for Its Next Large Science Missions

In September I wrote about the European Space Agency’s competition to select its next two large (~€1B) science missions.  While many exciting solar system concepts were included, ESA’s management selected X-ray and gravity observatories as its missions to fly in 2028 and 2034.  Both missions promise to deepen our knowledge of the universe considerably.  (The journal Nature has a good overview of the missions.)

While it’s disappointing the ESA did not select a planetary mission, Europe will make strong contributions to planetary exploration in the next two decades with the Rosetta mission rendezvousing with a comet (2014), a Mars orbiter (2016), a Mars rover (2018), the Bepi-Colombo Mercury orbiter (arrives  2022), and the JUICE Jupiter and Ganymede orbiter (arrives 2030).  This is in addition to the currently operating Venus and Mars Express orbiters.

Europe can still select planetary missions for its Medium-scale program.  The Marco Polo-R asteroid sample return mission is currently in consideration for the next selection.  ESA’s Mars program is also funded separately and is looking at missions for the 2020s. 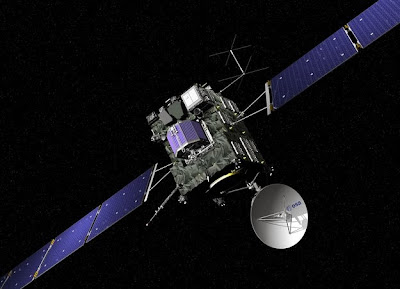