End of the Mars Scout Program 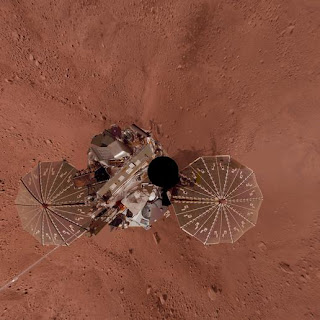 Phoenix lander self portrait.  Courtesy NASA/JPL-Caltech/University Arizona/Texas A&M University
Spaceflightnow.com has an article on the end of the Mars Scout program.  The article suggests that this was a recent event, while I recall the program having been canceled -- or perhaps more correctly being folded into the Discovery program -- a year or two ago.

Originally conceived of as a series of small missions similar in scope and cost to the Discovery program, the Scout program was envisioned to fly missions to supplement the large missionss.  Each Scout mission would be lead by a principal investigator who would propose the mission and manage it through development and flight.  This was in contrast to the large orbiters and rovers that were defined by committees of scientists and managed by the Jet Propulsion Laboratory.  The Phoenix lander was the first mission in the program and the MAVEN orbiter planned for launch in 2013 will be the second and last mission.

The article states that the reason for cancellation was that the focus for Mars exploration will be landed missions, which don't fit into the Scout budget.  (Phoenix slipped in under the budget cap because it used an already designed and mostly built lander from a canceled mission.)  My understanding is that a changing budget situation ended the program.  When it was initiated, the Mars program was expected to be funded at a higher level than turned out to be be case.  In addition, cost overruns on the Mars Science Laboratory reduced funding for future Mars missions (although the MAVEN mission was protected from cuts).

NASA has not abandoned small missions to Mars.  Now they must compete with other solar system targets within the Discovery program.  The Spaceflightnow.com article notes that several proposals for Mars missions will be submitted as part of the current Discovery mission selection process. 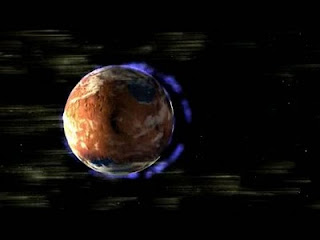 The MAVEN orbiter will study the upper atmosphere of Mars.  Courtesy NASA
Editorial Note:  Small Mars missions may lack the inherent attraction of missions to less visit parts of the solar system such as Io, Titan, comets, and asteroids.  However, Mars orbiters may represent excellent science return for the buck while representing low implementation risks.  Our moon has been the most visited destination in the solar system, but the last Discovery competition selected the GRAIL lunar gravity mission, presumably on these criteria.

Email ThisBlogThis!Share to TwitterShare to FacebookShare to Pinterest
Labels: Mars