2015 Budget Micro-management of the Best Kind

The US House of Representatives has just released the details of its draft proposed NASA budget for Fiscal Year 2015 (starting October 1 of this year).  For planetary science it is good news all around.  In fact, it’s great news because the proposed spending bill micro-manages NASA’s budget to bring NASA’s planetary program closer to the plan laid out in the scientific community’s Decadal Report outlining goals for the coming decade.

While it is easy to become cynical about politics, it is clear that in this case the politicians and their staffs from both parties on the subcommittee that wrote this draft budget are familiar with the details of the planetary program and are following the scientific community’s lead.  Instead of giving unfunded mandates, all the changes they request are accompanied by proposed increases above the President’s budget proposal. 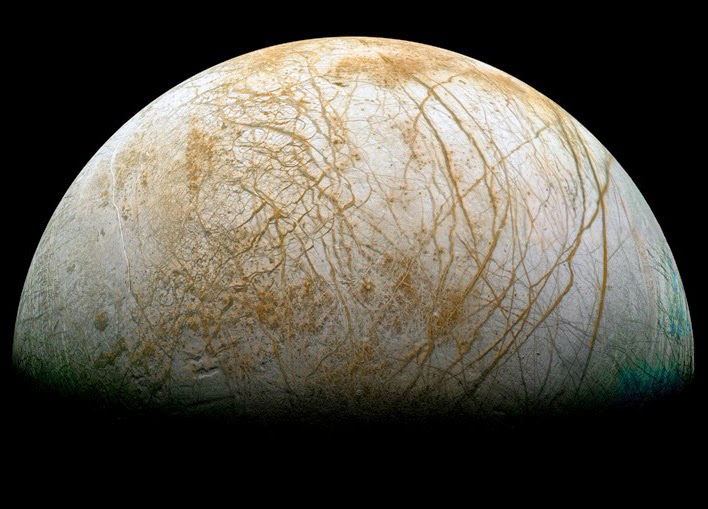 Missions to Europa would be the big winners in the draft budget bill.  Credit: NASA/JPL/Ted Stryk

Changes to the President’s budget request in the draft House budget bill in millions of dollars.  Courtesy of Casey Drier at the Planetary Society

In this post, I’ll let the House subcommittee speak for itself through key quotes from the proposed budget bill (starting on page 67).  For the larger context of the budget in Washington’s politics, I encourage you to read Casey Drier’s post at the Planetary Society blog.

“NASA’s request for Planetary Science once again represents a substantial decrease below appropriated levels and would have a negative impact on both planned and existing missions. The recommended funding levels [in this bill] attempt to rectify this problem by supporting both the formulation and development of new Planetary Science missions and the extension of all healthy operating missions that continue to generate good scientific output.”
- The budget provides the funds to continue operating all NASA missions that are currently operating.  The President’s proposed budget did not have funds for either the Mars Opportunity rover or the Lunar Reconnaissance Orbiter.  Money is also provided to continue the Cassini mission at Saturn, which was also included in the President’s budget request.

…”$302,000,000 for Mars Exploration, of which not less than $100,000,000 is for a Mars Rover 2020 that meets scientific objectives laid out in the most recent Planetary Science decadal survey.”
– This is a modest $8M increase over the President’s budget.  The key requirement is that the rover must meet the requirements laid out in the Decadal Survey, which means that that it must be capable of selecting and caching samples for a possible return to Earth for studies in terrestrial laboratories.  This has been NASA’s plan, but the final payload – the ultimate expression of the mission’s goals – hasn’t been announced, and this is the House’s way of ensuring that NASA follows through.

“The recommendation also provides $266,000,000 for Discovery, of which not less than $30,000,000 is for Future Discovery Missions. The Committee notes that NASA allowed a four year gap to develop between the release of the last Discovery Announcement of Opportunity (AO) in fiscal year 2010 and the expected release of the next AO in fiscal year 2014 (a gap which would have been worse were it not for additional resources provided by the Congress). In order to prevent the recurrence of such a gap in the future and to firmly establish the 24 month mission cadence recommended by the Planetary Science decadal survey, NASA shall ensure that the planned 2017 Discovery AO is issued instead during fiscal year 2016.”
- Selecting Discovery missions every two years instead of every five would significantly enhance the number of planetary missions NASA flies.  The bill adds $30M to the Discovery budget to accelerate the rate at which missions are flown.  This will be big news if the Senate follows suite and this is part of the final budget law.

“For Outer Planets, the recommendation provides $181,000,000, of which not less than $100,000,000 is for a Europa Clipper or comparable mission that meets the scientific objectives laid out in the most recent Planetary Science decadal survey and can be launched in 2021. This funding shall support the completion of science definition, the selection of a mission concept, the release of an instrument AO and other necessary pre-formulation and formulation activities for the Europa mission. While NASA has dedicated some fiscal year 2014 Europa funding to studying the possibility of conducting this mission within a $1,000,000,000 cost cap, the Committee has not seen any credible evidence that such a cost cap is feasible and directs NASA not to use further project resources in pursuit of such an unlikely outcome.”
- The House subcommittee that wrote this budget language continues to strongly support a highly capable mission to Europa.  NASA has formally requested proposals for a mission that would cost half as much as the proposed $2B Europa Clipper mission, but that likely would do much less science that specified in the Decadal Survey.  It will be interesting to see if the Senate includes similar language in its version of NASA’s budget.  If this language survives into the final budget, this will be a strong directive to NASA to plan for a highly capable Europa mission.

“For Planetary Science Technology, …$18,000,000 shall be for assessments and development of promising technologies and techniques for the study and characterization of the surface and subsurface of Europa, including such technologies as landers, rovers, penetrators, submersibles, seismometers and sample analyzers.”


- The House subcommittee really likes Europa.  A mission to land on Europa would have to follow the Europa Clipper mission that would scout possible landings sites.  This is an investment in technology for a mission that isn’t likely to fly until the 2030s.